Okay so it must have been at least a few posts since we went on about how much we love Birmingham, right?!

Well I thought it was about time that I highlighted one of Birmingham’s beautiful venues. While the city itself is a wonderful mish-mash of old and new architecture there are a few buildings that really stand out as being something special.

The Library:
I don’t know what went through the designers head when he started drawing circles all over this building but the end result is spectacular. It’s a building that mesmerizes and entertains and whatever time of day you are looking at it you will always see something different. It’s easy to forget that it houses 1000’s of books but if you ever visit Birmingham it’s worth 20 minutes out of your day to enter the cavernous space and ride the escalators to the top. From there you can enjoy the roof garden and views of the city stretching out to the surrounding countryside.

The Cube:
Sitting at one end of the Mailbox area the Cube is actually a hotel and spa complete with it’s own fancy restaurant. The name describes exactly what the outside is but it doesn’t give any nod to the amazing design. With crosses of every size covering every side it appears almost hollow at certain angles and proves the architecture does not have to be brick walls and glass. It stands over looking the canals and is a great example of old meeting new in a complimentary way. 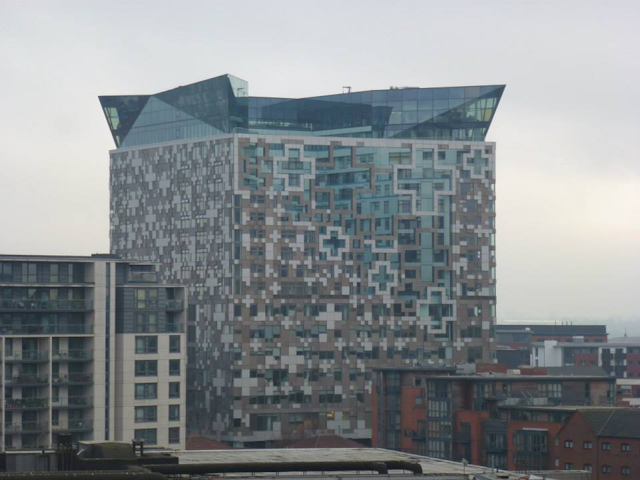 The outside of Selfridges:
The spot design is synonymous with modern Birmingham. If you have been to the Bull Ring you have seen the silver discs covering a large area in an undulating form. In fact the discs can change colour but under the usually silver discs is Selfridges – the biggest branch outside London. The architecture style is called Blobitecture and who wouldn’t love that?!

Grand Central Station
The latest addition to Birmingham’s grand designs is the ultra modern station. A place I visit at least once a week and every time I am impressed. I am impressed at the size, the light, the fact that there is an entire shopping centre under it’s roof and it’s impressive structure. While the outside looks like a zipper that is fighting to stay closed the inside is like a greenhouse built to allow you to gaze upwards without getting swept up in the crowd. In this station there really is enough room for everyone and it never seems to get dirty which is most unusual for a station.

The Town Hall
This is for the traditionalist. And I love a traditional building. Opened in 1834 the outside looks like the Pathanon but the inside has been modernised in a way that makes it feel contemporary. As you walk in the light, airy entrance is a great place to meet and grab a drink before a performance and that is exactly what we did when we went to see Sue Perkins ‘Spectacles’ book tour.

It was Sunday evening and we could see a steady flow of people heading for the venue. Scurrying in behind them we arrived in plenty of time to check out the hallways and images of performances from yesteryear. The ground floor was a tribute museum to great performers and moments in time and you couldn’t help but wish you were there.

By the time we needed to take our seats most of the crowd has dispersed and after 2 attempts we found our door. Our seats were high in the circle but our view was perfect. The steepness allowed a great view over people and the acoustics made Sue’s performance as clear as if we’d been sat in front row. We were so impressed with the decor, behind the stage was the edge of a giant organ and on the ceiling gold painting offer a sense of opulence. You can take a look for yourself here. 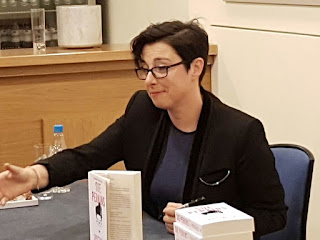 It was not the venue we thought we would be seeing Sue perform in but somehow it worked. Even though the area was large Sue’s performance made it feel intimate. Starting off with a slideshow of childhood pictures Sue provided us with a highlight tour of her life up to now. Finding the humour in every bad outfit or hair cut the audience couldn’t fail to laugh. Add in the amusing stories of working on Bake Off and there was something for everyone.

I had been a Mel & Sue fan since Late Lunch in the late 1990’s but Bake off had brought them into the limelight. In fact the news that they won’t follow Bake Off to Channel 4 is somewhat devastating. Although no-one asked outright during the question session what Mel and Sue would be off to next. Sue held her own though as people asked her about her favourite cake and fondest memories of the show and shared a few inside facts about how the show comes together. We also got lucky as a previous Bake Off  winner- Frances Quinn was at the show and had made a cake that we were lucky enough to get a piece off when we went to get our books signed. 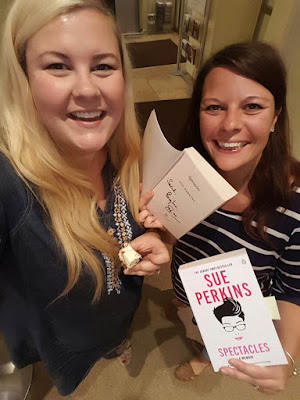 Anyways if you do make it to Birmingham let us know what you thing of the buildings, what’s your favourite?