I don’t know how or why we never got around to publishing this post when we visited the Cereal Killer Cafe in Brick Lane, London back in December 2014 – so here it is 18 months later!

The good thing is the Cereal Killer Cafe is still going strong, so this is as relevant today as it was back then!

The concept is simple. Stock a fairly small cafe space with walls of cereal and not just your regular supermarket cereal – your international brand cereals! 120 varieties in total! Including Lucky Charms and Fruit Loops – the cereals you always ‘treat’ yourself to when visiting somewhere in the States (well if you are Laura and I).

Here’s what you can choose from: 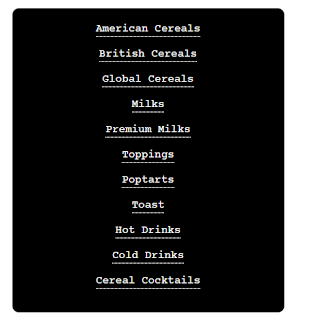 Started by Irish twin brothers, the cafe opened amidst protest and massive queues. The queues were for the food, the protests were about the gentrification of the area and capitalism – it just happens that the cafe opened blocks away from some of London’s poorest areas and they weren’t impressed at the prices being charged for a bowl of cereal! 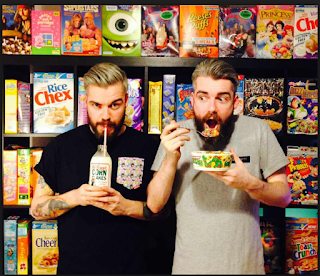 Thankfully the drama subsided, but when we visited the queue was just as long as expected. On the gloomy December day the warm glow of the cafe was welcoming and after the 20 minute wait we were ready with our order – having changed our mind a dozen times. 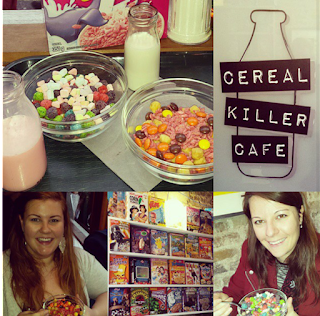 The fact that have 30 different types of milk and 20 ‘additional toppings’ really meant you had too much choice. it’s why we ended up with one of the cocktails. We opted for the double rainbow and miss american pie…..it was a hard choice though. 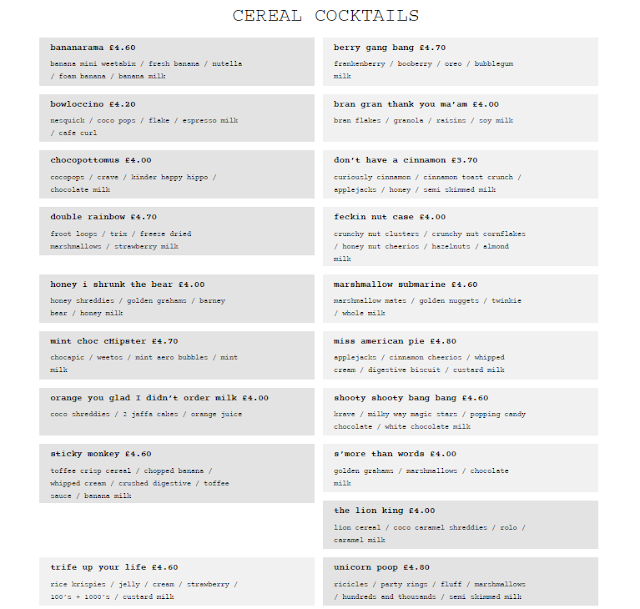 The cafe is themed with memorabilia from the 80’s and 90’s so as you take seat at the bar area, on one of the bench sets or in the brightly coloured seating area downstairs you are taken back to your childhood. I probably spent as much time checking out the old cereal box designs on the walls as I did eating.

Also if your serving finishes a box then you get to keep it! I don’t know why but this made us happy.

Here’s the owners’ explanation of why they think you should try it…….

So if you are in London and fancy a breakfast, lunch, dinner or snack that you can’t get anywhere else head over and find this place.

There are more details here: http://www.cerealkillercafe.co.uk/