This Tuesday we are reminiscing about the Rum Runner. 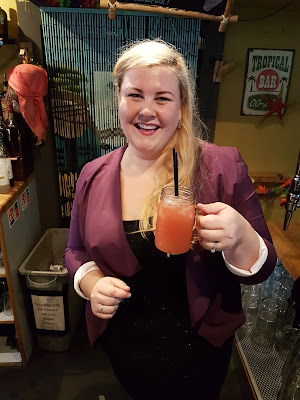 It’s one of the many delicious cocktails they make at Island Bar, which is located by the Mailbox in Birmingham.

We were invited for some revelry as part of ‘Pride’ – the sixth ‘Sin’ event in a series of seven .

We had seen Island Bar many times, but hadn’t ventured in yet, so were very excited! We were greeted upon arrival by a Banana Colada (yum!!) and a chat with the bar’s manager. The bar is very tropical-themed, with parrot wallpaper and tiki themed bars! 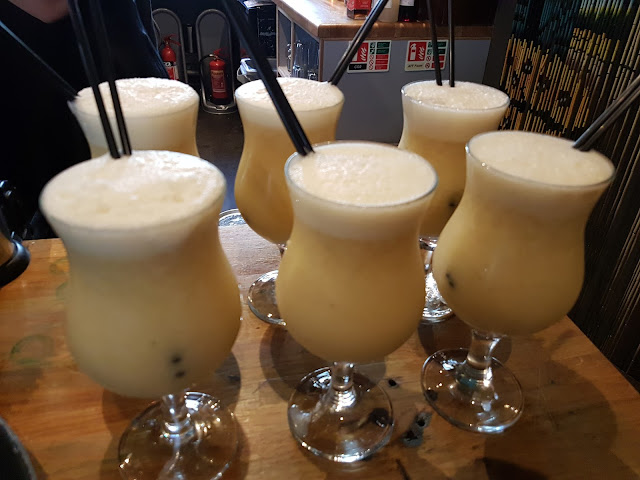 We mingled with plenty of lovely people, until it was time to make cocktails! I grabbed the girl I was chatting with at the time, and we set about becoming mixologists. Let me tell you, there’s lots to remember! 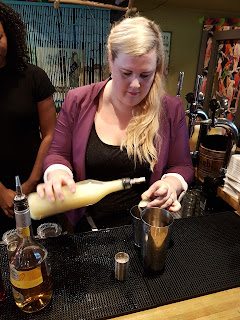 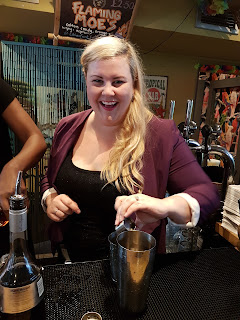 I was successful (enough) in making the Rum Runner, but next time I’ll leave it to the professionals.

Sarah thought she’d give a layered shot a go. She made the bar’s special – Flaming Moe’s. #tikiasfuck 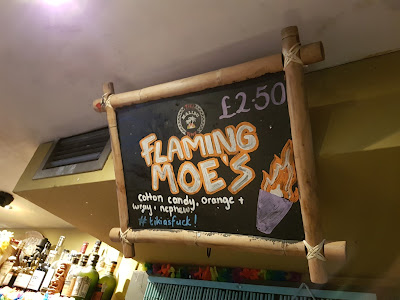 And it was en flambé! 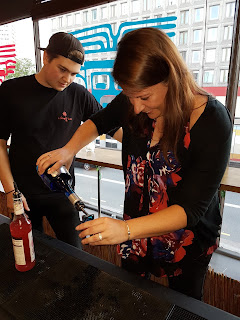 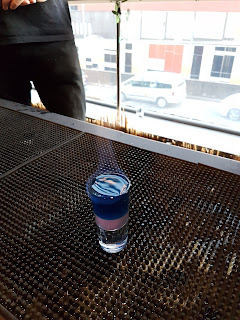 She thankfully remembered to blow it out before downing it! 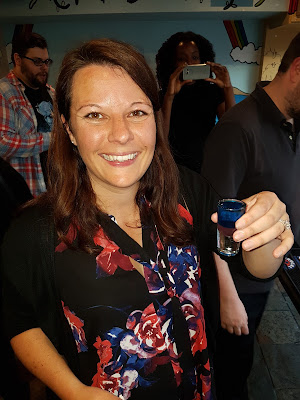 She said it was so good that I had to try, so I made one too, and sipped it through a straw. Not a good idea, as I liked the bottom alcohol, which was cotton candy, best – but the straw had me end on a particularly harsh flavour! 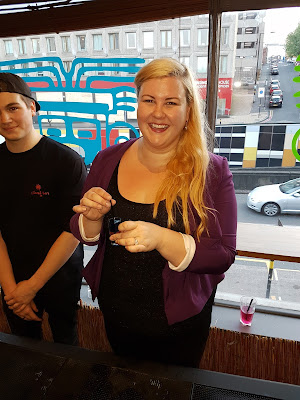 It was lots of fun watching everyone else make cocktails and layered shots – almost setting the table on fire a few times! (I’m sure not, it just seemed that way!) 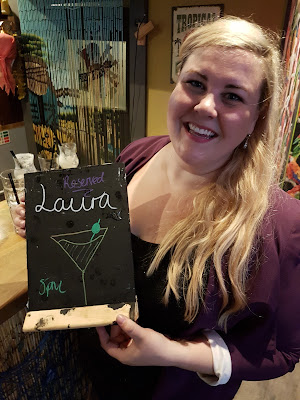 Island Bar has an extensive list of cocktails, and a great atmosphere. We will be back, with guests!