Review: Making Pizzas and Sipping Cider at The Stable Birmingham!

About a week ago, we were lucky enough to be invited for a cider talk and tasting, as well as making pizzas (!!!) with some fellow Brum bloggers, at The Stable in Birmingham. We were really excited as we’ve visited The Stable before, for their pre-opening celebration as well as a few more recent delicious dinners out, and also because making our own pizzas sounded so much fun!

The Stable started in Cornwall, using fresh and locally sourced ingredients and forming relationships with lots of cider makers. This combination was such a success that they are now opening up plenty more in locations across the country! 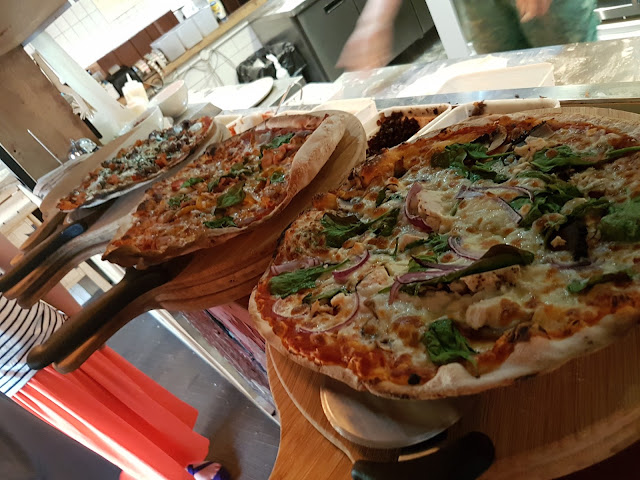 We headed to the restaurant’s Birmingham location, which is very well located between New Street station and the Mailbox, and found it immediately. 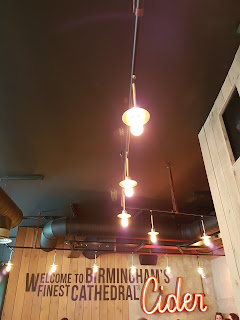 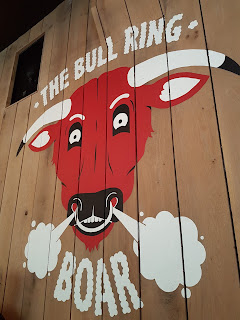 We were greeted with a glass of Hogan’s cider, and took a seat at one of the bench tables to take in the atmosphere. It seems trendy but relaxed, with nice local touches like a mural of a bull to signify their near-the-Bullring location, candles and live music; we felt comfortable and at home there instantly. 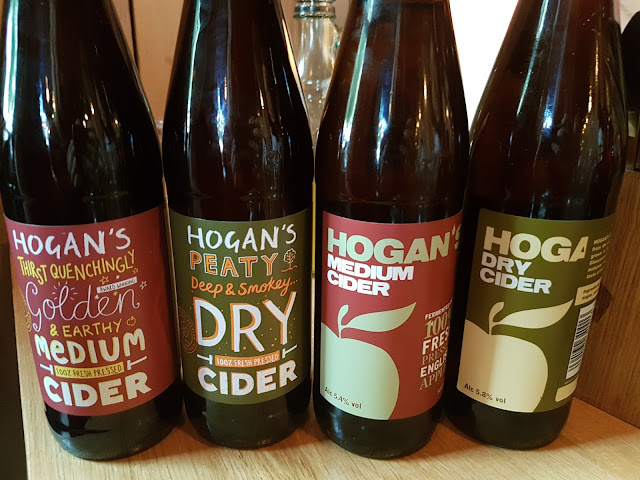 We were treated to a cider talk by Alan from Hogan’s Cider – he got us to taste five of the different ciders his company makes, and we had a new appreciation for the process the cider goes through from apple to glass. I also got to speak to him about the more recent revival of cider in the USA – when I was growing up, there was no alcoholic cider to be found – you could only find non-alcoholic hot apple cider. I’ve been a huge apple and fruit cider fan since I moved here, so the talk was very interesting! 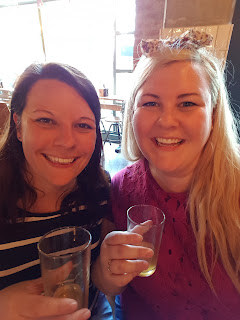 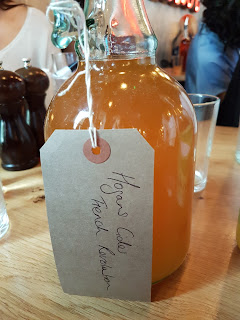 A bit merry, we were shown back to the kitchen, where we met the head chef, who showed us how to make pizza. I think they were a bit shocked, as bloggers we had to take photos of every step before completing it, I imagine we took longer than they had hoped! But hey, perfection takes time 🙂 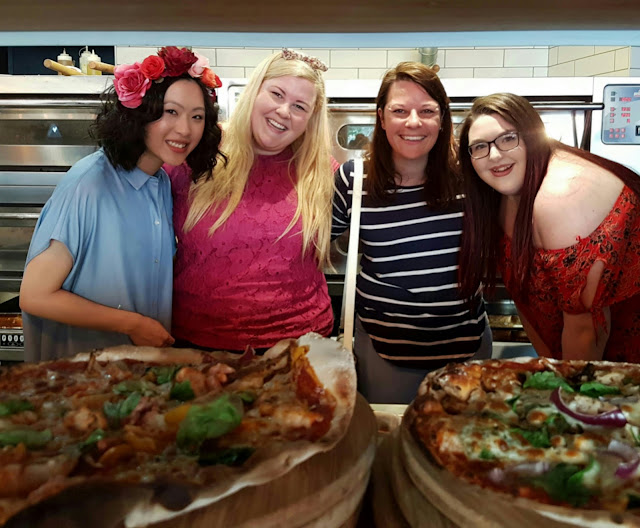 I made my favourite of their pizzas, the Perry Barr-Baa, with lamb, sweet potato, goats cheese, onions, mozzarella and… in my case lots and lots of mint! Sarah created the new May special pizza, called The Big Jerk. It features jerk chicken, smoked bacon, roasted yellow peppers, red onion, mozzarella and spring onion. 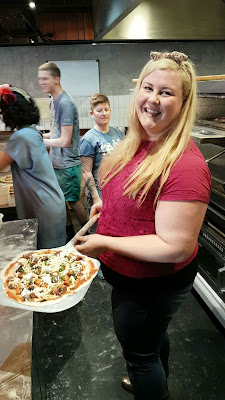 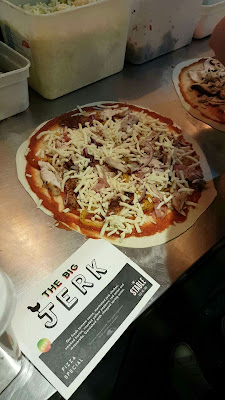 The hardest bit of making our pizzas was getting them from the work surface to the oven in one piece. We needed to get them onto a wooden paddle, which was much harder than we thought it’d be! Sarah took three attempts, and I ended up asking the chef to do it for me before I ended up with pizza on the floor. 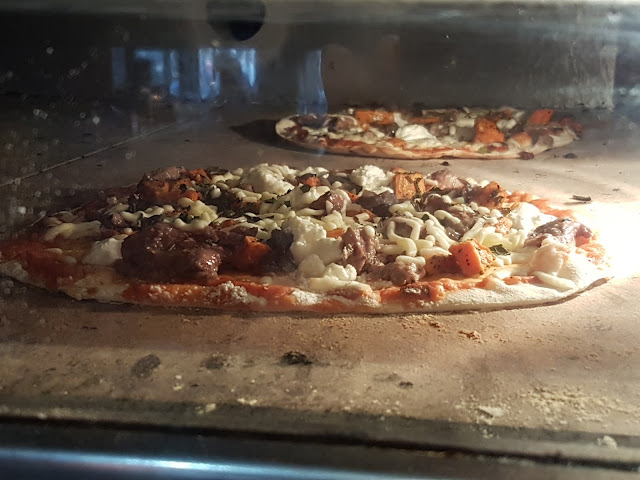 I’ve got to say, I was pretty impressed with our pizza-making abilities (okay, it was mostly because we followed The Stable’s recipes. Humour us!) – they tasted divine! 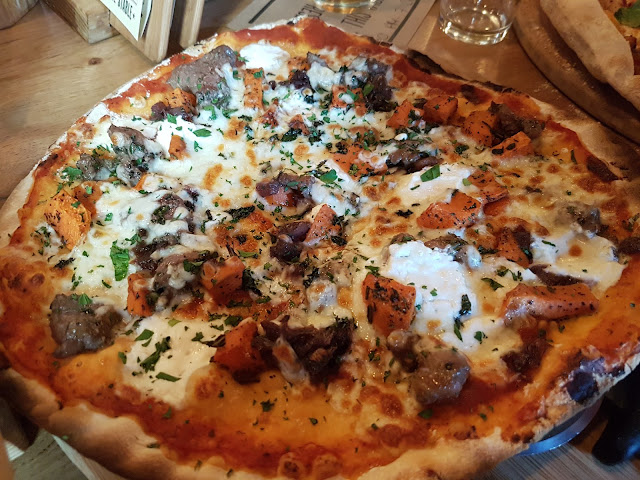 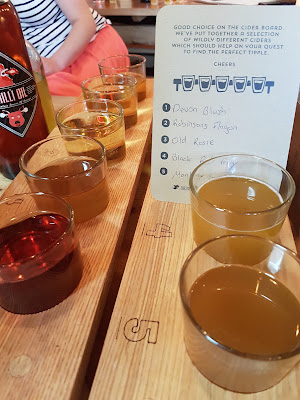 We devoured our creations alongside a cider-tasting board, it was so much fun to get to try so many delicious drinks. The Stable has over 80 ciders in-house at every location. Incredible!

I believe we’ve tried over half of the pizzas and pies on their menu over the many times we’ve visited, and we’ve yet to come across one we didn’t love. We are making plans to visit their original Cornwall location later this year/early next when we take a road trip down that way!

We definitely recommend heading to the Stable in Birmingham – or, in fact, whichever location is nearest to you, and try their delicious pizzas, pies and one of their many varieties of cider!!